Alan has been employed at Steele Canyon since January of 1998. He began working in outside guest services then moved into the golf shop in 2001 and handled member events, group outings and corporate tournaments before becoming Head Golf Professional in 2013. As the Head Golf Professional for Steele Canyon Alan coordinates charity and group outings, aids in golf shop merchandising, and provides lessons for golfers looking to improve their game. He is deeply rooted in the San Diego area graduating from Monte Vista High School and then UC San Diego with a Bachelor of Arts degree in Computer Graphics. During his education Alan also played golf at the collegiate level and maintained a 73.5 stroke average. He is a 2-time U.S. Amateur participant at Oakmont CC in 2003 and Merion CC in 2005, before turning Professional in 2006 and playing on the A.G. Spanos Tour for 1 year. After experiencing the mini-tour lifestyle and PGA Tour Qualifying School he then committed himself full time to teaching and working at Steele Canyon.

Alan is a TaylorMade Certified Clubfitter who continues to enjoy the game on the course as well as helping golfers on the range improve their game. 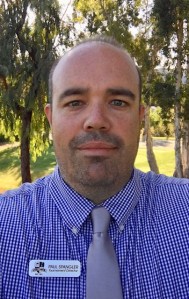